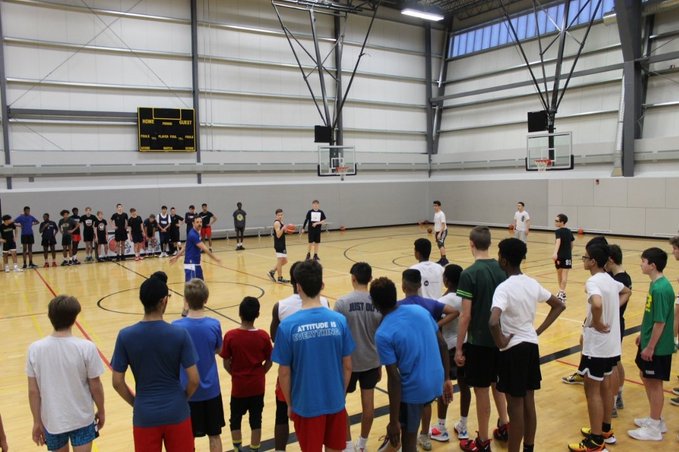 The harshest weather our province has seen in quite a while couldn’t prevent the next generation from pursuing their hoop dreams on Jan. 12, as hundreds of aspiring players attended Open ID camps in Calgary and Edmonton for the Alberta Basketball Association (ABA) 2020 provincial teams.

Tryouts for 15U Girls, 17U Girls, 15U Boys and 17U Boys at Edge School and Mount Royal University, along with the University of Alberta drew an incredible total of 447 youth.

Participants traveled to the cities, with many coming great distances via car, or in a few cases even by plane, from locales around the province, including Athabasca, Brooks, Fort McMurray, Grande Prairie, La Crete, McGrath, Medicine Hat, Stettler, Raymond, and Taber, to name but a few.

“ABA is proud and humbled by the record number of players who tried out for the for provincial teams,” says ABA Executive Director Paul Sir. “The support of families and guardians is greatly appreciated with people traveling great distances to be a part of this opportunity. The coaches and evaluators also came out and volunteered in great numbers and their expertise and mentorship was outstanding.”

Following the Open ID camps, athletes were selected for invitation to the Assessment camps, which will be held Sunday, Jan. 19, at the Saville Community Sports Centre in Edmonton. Please see below for complete invite lists and Assessment camp schedule.

“Congratulations to all who were selected and best of luck in the next tryout,” Sir adds. “To all who participated, I congratulate you on your courage and commitment. Keep working hard and best of luck moving forward! Basketball in our province continues to grow and progress in a very positive direction.”

The final team selection will take place on March 28 and 29 in Olds. Athletes selected will form the 2020 provincial teams, which will participate in the Canada Basketball National Championships in August.