Phil Allen to be inducted into CCAA Hall of Fame 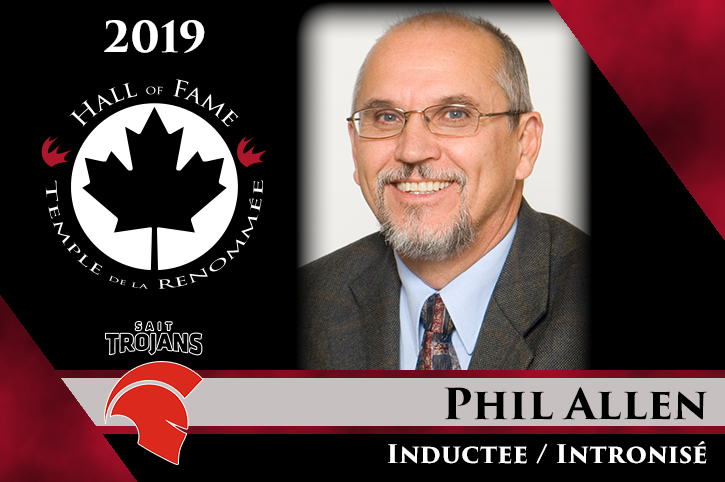 Alberta Basketball is thrilled to share that our dear friend Phil Allen is headed for the Canadian Collegiate Athletic Association (CCAA) Hall of Fame.

The legendary coach is one of 10 new members being enshrined during the 2019 CCAA Hall of Fame banquet on June 11 in Calgary He will be inducted posthumously in the Coach Category.

"Phil Allen impacted so many people throughout his career. His spirit was one of determination and caring with a relentless pursuit of inspiring people to do their best and see where that effort took them. Oftentimes, Phil helped many achieve more on and off the court than they ever though possible," says Paul Sir, Alberta Basketball's executive director. "The CCAA induction is another validation for his family and friends that tells the story of a life well lived as a beacon to others. His light burns on in all who knew him."
Allen coached men’s basketball for 28 years in the Alberta Colleges Athletic Conference (ACAC), at SAIT, Grant MacEwan College (now MacEwan University) and Lakeland College, taking all three teams to CCAA National Championships at least once. He holds the ACAC record for all-time wins by a head coach with 805 victories.
During his 15 years at SAIT - spanning 1978 to 1996 - Allen’s teams won nine ACAC Championship titles, including seven in a row from 1980 to 86, and were crowned National Champions in 1982 and 1986. The Trojans were a perfect 34-0 in 1985-86.

Allen was also the Athletic Director at SAIT from 1986 to 96. In 1996-97, Allen served as CCAA Men’s Basketball Convenor as well as the ACAC’s representative to the CCAA. He then served on the CCAA Executive as VP Marketing from 1998-2001.

Prior to his coaching days, Allen played basketball at Grant MacEwan and Red Deer College in the ACAC.